6 Most Common Ant Species In Florida

Closely related to bees, wasps, and sawflies — ants are social insects belonging to the order Hymenoptera with more than 12,000 species worldwide. Ants are small and capable of squeezing through the tiniest of cracks and holes to make their way into homes searching for food. Though they are mostly harmless, with bites that generally only result in mild irritation, an infestation of ants can be a major nuisance that homeowners will undoubtedly want to avoid.

Worried about ant infestation? Our pest control specialists know how to get rid of ants that have infested your property and can help prevent them from returning in the future. Contact our pest control company, Champion Termite and Pest Control, Inc., today to request a free estimate on our pest control services! 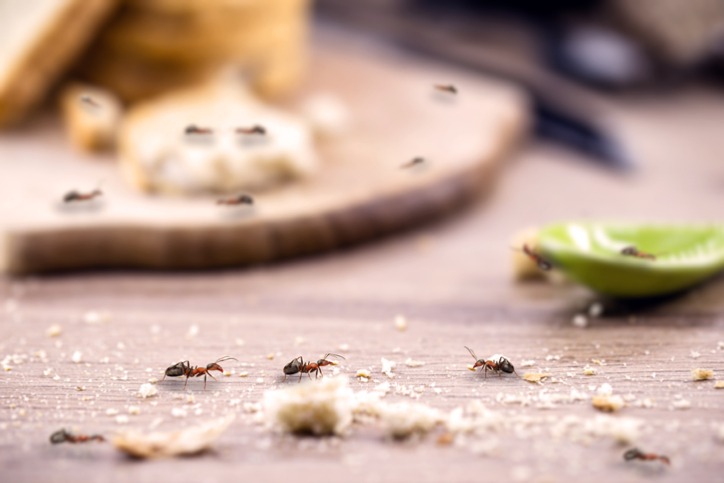 Pharaoh ants are incredibly small, typically less than a sixteenth of an inch long, making it easy for them to work their way into homes through cracks in walls, poorly sealed doors, torn window screens, and other tight entryways. The defining characteristics of pharaoh ants are their light yellow bodies and the red and black markings on their abdomens. These ants are notoriously tough to manage, as the incorrect use of pesticides can cause pharaoh ants to split off of existing colonies and create new ones. If you suspect you have pharaoh ants, contact an experienced exterminator as soon as possible.

Argentine ants are an invasive species of ant known for disrupting native populations. Despite being highly adaptable and capable of building nests almost anywhere, Argentine ants prefer making nests in moist soil, under boards, and alongside buildings and sidewalks. During the fall and winter months, Argentine ants use cracks around homes to sneak inside for shelter, warmth, and the opportunity to snag some of their favorite foods: sweets. Argentine ants range from dark brown to black, have hairless bodies, and have twelve-segmented antennae.

Ghost ants have dark heads and thoraxes and pale, nearly translucent legs and abdomens, making them easily identifiable. Closely related to odorous house ants, ghost ants give off a coconut-like odor when crushed. They set up nests in wall voids, potted plants, baseboards, and kitchen cabinets. These ants are often found in large numbers in Florida and can be a significant nuisance for greenhouse owners.

Carpenter ants, also known as bull ants, are nocturnal and use their large mandibles to chew through wood to build nests. These ants are among the largest in the United States and vary widely in color, ranging from black, brown, reddish, tan, and orange. Their most identifiable characteristics, however, are their rounded thoraxes, massive mandibles, and large heads. A long-term household infestation of carpenter ants has the potential to result in severe structural damage, so don’t hesitate to contact our local pest control specialists for ant removal.

Fire ants are small, aggressive ants that are infamous for their painful bite and sting. Typical fire ant colonies can include hundreds of thousands of ants and a queen. Fire ants are easily identifiable, characterized by their reddish-brown bodies, two-segmented pedicel, black abdomen, and visible stingers on their rear. Partial to sunny climates, fire ants tend to make nests under timber, logs, rocks, bricks, and soil near moist areas, such as ponds or watered lawns.

Pavement ants are dark brown with small stingers and tend to make nests alongside sidewalks, stones, brick, mulch, and the foundations of buildings. Their primary diets consist of dead insects, greasy foods, and sweets. Pavement ants access homes via plumbing pipes in search of food. Contact our experienced exterminators if you suspect you’ve got an infestation of pavement ants or any other pest!